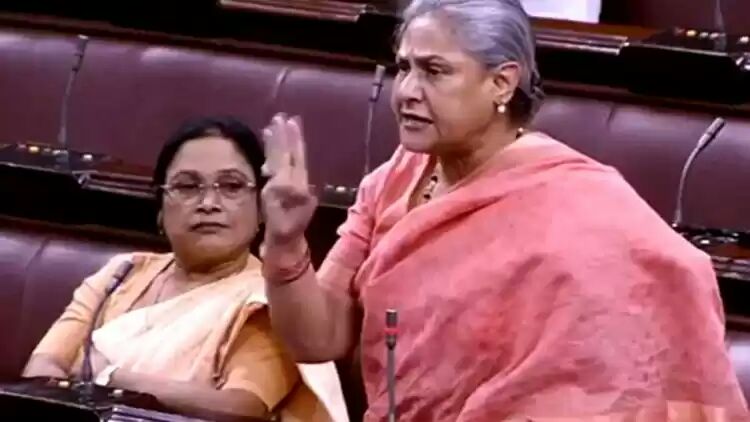 “I think it is time… the people want the government to give a proper and definite answer,” she added.

A government veterinary doctor in Hyderabad was raped and murdered before being suffocated to death on Wednesday night 27 November, by four accused who allegedly planned the act in advance.

They have been arrested by the police.

Describing the Hyderabad incident as a disgrace to humanity, Chairman M Venkaiah Naidu allowed members to make brief mentions on the case and other such incidents elsewhere in the country.

Leader of Opposition Ghulam Nabi Azad said the society will have to tackle this problem at its root. The guilty should be given stringent punishment without any discrimination of religion or caste, he said.P Wilson of the DMK suggested that courts should be able to surgically and chemically castrate convicted rapists before they are released from jails in order to check repeat offenders.

The cost of such procedures should be recovered from the accused by selling the offender’s assets, he said. That the list of sexual offenders be made public was also one of his demands.

Sanjay Singh of the Aam Aadmi Party (AAP) demanded timelines and stringent punishment while Amar Patnaik of the BJD demanded death for such heinous crimes.Congress’ Mohd Ali Khan said that timelines should be set for such trials in fast-track courts and the accused not be given a religious colour, as the accused in the Hyderabad incident belong to four separate religions.

TK Rangarajan of CPM, Vaiko of the DMK and Santanu Sen of the TMC all took stances in favour of exemplary punishment for the guilty.

Raising the issue of delay in police action in the Hyderabad incident over jurisdiction dispute between police stations, Kanakamedala Ravindra Kumar (TDP) wanted capital punishment be given to the rapists in public.Vijila Sathyananth (AIADMK) broke down as she demanded fast-track courts for rape case trials as well as a complete ban on sale of drugs, that he claimed were fuelling such incidents.

The charred body of the 25-year old woman was found under a culvert in Shadnagar in Hyderabad on 28 November, a day after she went missing.

The horrifying incident is set to be brought up in the Lok Sabha on Monday after Speaker Om Birla said the Parliament is concerned about the issue.

THANK YOU FOR READING