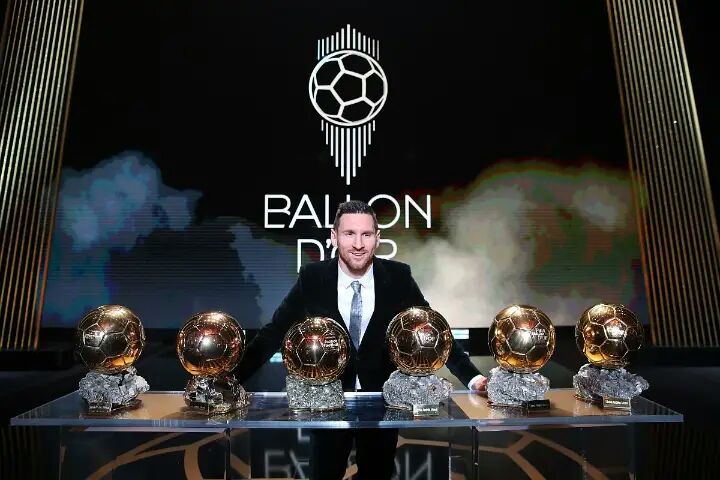 Argentina and Barcelona superstar Lionel Messi has bagged his world-record sixth Ballon d’Or at the Ballon d’Or ceremony in Paris on Monday. He surpassed the likes of Liverpool stars Virgil van Dijk, Sadio Mane and his long-time rival Cristiano Ronaldo to bag home the coveted award.

With this award, he has taken his Ballon d’Or tally to six and has become the most successful player since the inception of the award, surpassing Cristiano Ronaldo, who has five such awards to his name.

Notably, Lionel Messi had also bagged The Best FIFA award earlier in the year and went on to claim the Ballon d’Or on Monday.

Meanwhile, Ronaldo was absent from the event for the second year in a row after both Ronaldo and Messi were not present in the last year’s event in which Luca Modric had won the Ballon d’Or.

Shortly after arriving in Paris, where the event was to take place, Barcelona’s sporting vice-president Javier Bordas told Cadena COPE: “Messi should have 10 more Ballons d’Or than Cristiano [Ronaldo]. But in any case, he’s going to have at least one more,” as he predicted that Lionel Messi will grab his sixth award later in the day.

Bardos was not alone. Liverpool star Virgil van Dijk, who was himself in contention for the award and ended second, had himself admitted in June that Messi is the best player in the world and should be given the award as long as he is playing.

“Messi is still the best player in the world. He deserves it as long as he plays. It doesn’t matter if he was in the Champions League final or not,” he was quoted as saying by Evening Standard in June.

As far as the Women’s Ballon d’Or is concerned, the USA and Reign FC star Megan Rapinoe grabbed the top honour for the first time. She was voted the best player ahead of Lucy Bronze and Alex Morgan after a dream year which saw her win the FIFA Women’s World Cup with the USA.

Among the other high profile awards, Matthijs de Ligt was adjudged the 2019 Kopa Trophy winner. The award is given to the best Under 21-player in the world and can be won only once in the career. The award was handed over to Matthijs de Ligt by a former winner of the award and a young sensation himself Kylian Mbappe

Alisson Becker was awarded the Yachine trophy, the honour which is given to the top goalkeeper of the world. Notably, this was the inaugural Yachine Trophy and Becker was chosen for his Champions League-winning performance for Liverpool.

Stay in touch for more updates.

Thank you for reading.

Chadwick Boseman, Star of Black Panther and Avengers, Dies of Colon Cancer At 43